A key component of FRIDA’s work has been to amplify the voices, contribution, and inﬂuence of young feminist activism within social movements through a strong presence -in the form of publications, writing, facilitating fellowships and workshops, participating in conferences, organizing campaigns and more. 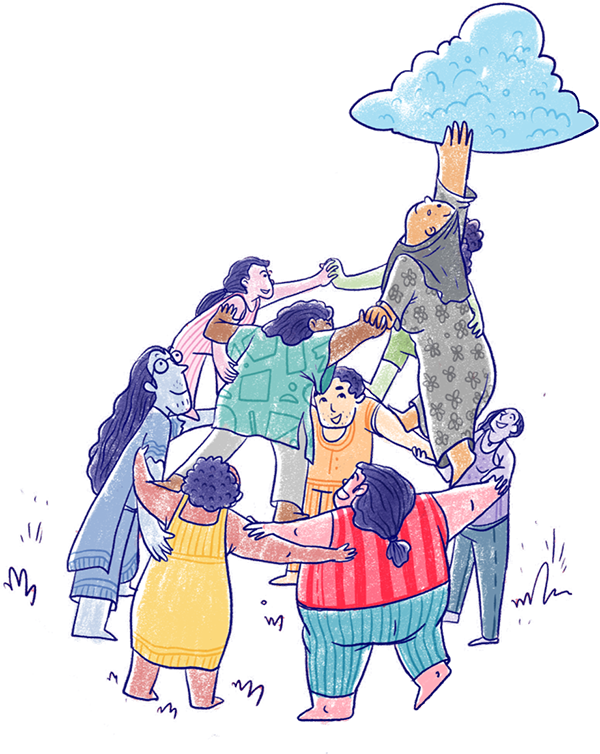 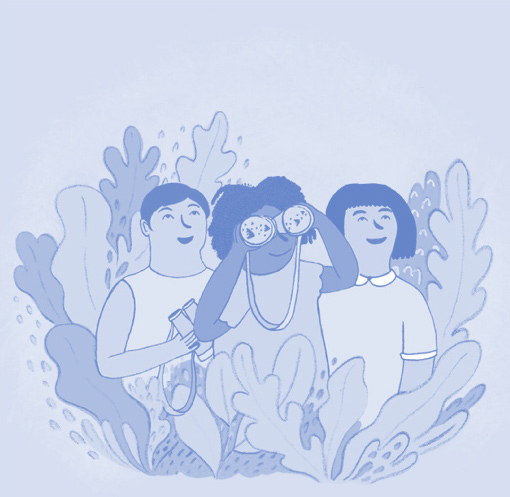 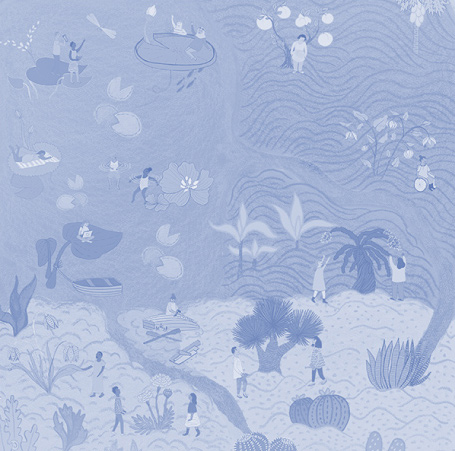 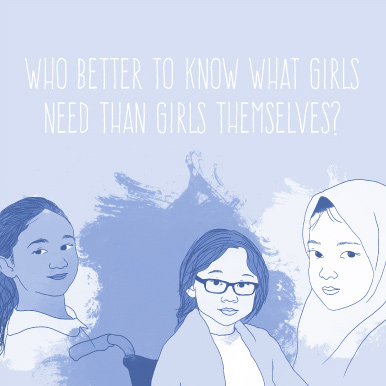 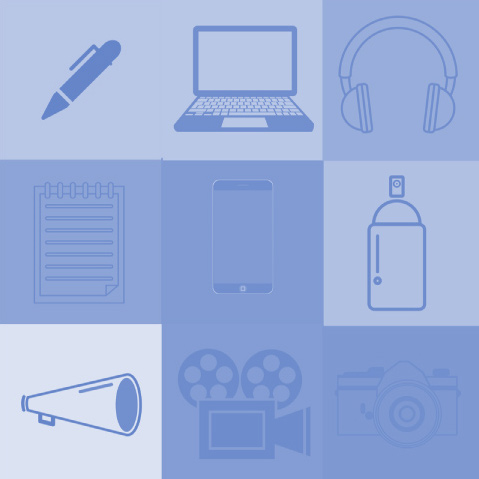 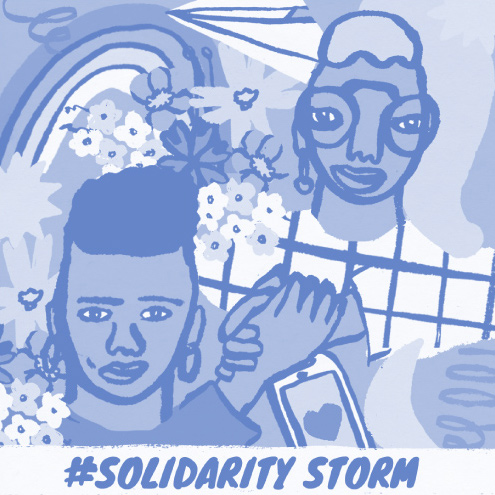 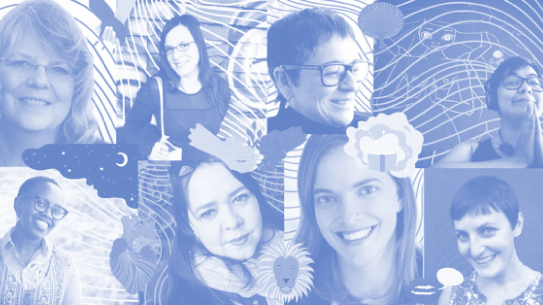 In the In the last couple of years, FRIDA has been privileged to support five convenings in different parts of the world. It was time to put all that knowledge and experience together and reflect on all that we took away as learnings from them.

We launched FRIDA Convening reports in a series of four.

Creating social change is a complicated but beautiful process. For years, we’ve tried to put our Theory of Change into words but we never felt satisfied with our documents and tables. Ultimately, we decided art was the best medium and a garden was the best analogy to illustrate this complicated beautiful process and built FRIDA’s Garden of Change.

GiRls to the FrOnt

On International Day of the Girl, FRIDA and Mama Cash co-launched 'Girls to The Front' A Snapshot of Girl-Led Organising'. The first of its kind, this participatory research report -- led with girl researchers -- explores the creative and impactful ways in which girls are bringing about social justice in their communities. This report and a summary of its findings were presented in a webinar with girl researchers and With and For Girls Collective at a panel at the Human Rights Funding Network’s conference in Mexico. As part of this research, an exclusive case studies was also presented highlighting the work of a few girl-led groups.

In partnership with Women’s Media Center’s The Fbomb, the innaugral “Young Feminist Media” Fellowship received 700+ applications, out of which four media Fellows were selected, who wrote on a range of topics specially affecting the young feminist population.

Solidarity Storms are FRIDA's way of engaging with its forever expanding audience and striking a 'moment in our movement' to form a storm of solidarity over a pressing issue, a contemporary topic or a trending terminology. The 2018 edition of FRIDA's Solidarity Storm brought the focus on appreciation, acknowledgement, and affirmation of young feminist activists doing incredible work! We built a microsite to display messages of affirmation and appreciation. In the two weeks that the campaign ran, we received over 100 messages of affirmation and appreciation.

As part of International Women’s Day celebrations in 2018, we shared 12 stories of inspiration and courage–of visionary women whose contributions have given a sense of direction to FRIDA to be what it is today. We called this a ‘Memory Project’ and added illustrations and doodles to support their reflections. Catch Nourishing Roots, Nurturing Movements. 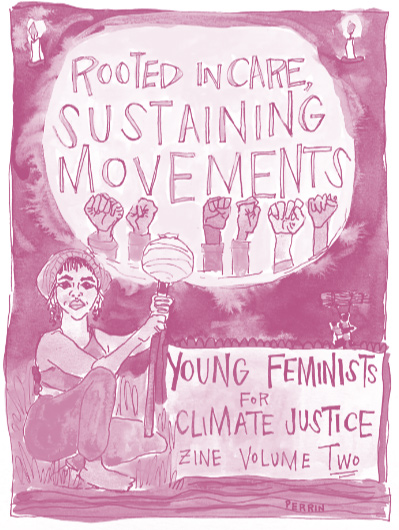 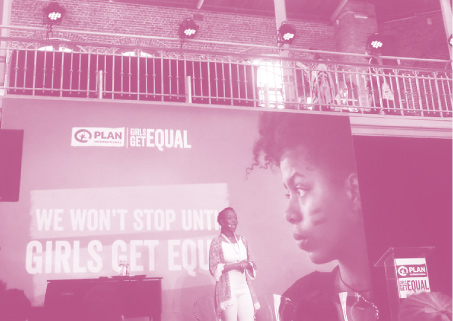 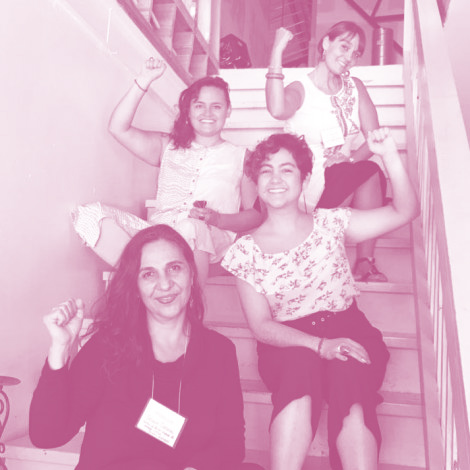 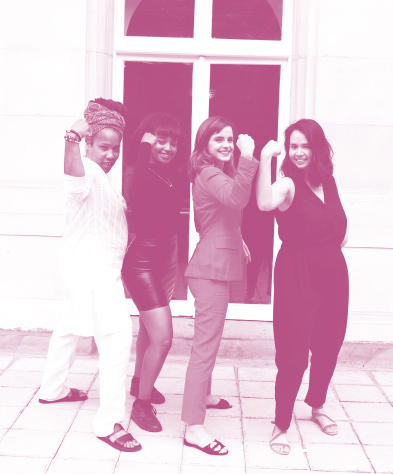 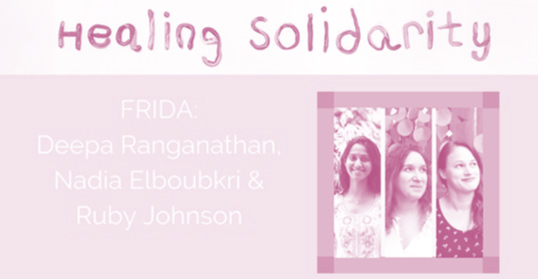 We attended Plan International’s Global Girl Summit in Brussels, Belgium where Plan announced its new strategy focused more on girl activism than previously. FRIDA also participated in the Summit to claim the visibility of FRIDA particularly in the NGO and government sectors that Plan has a lot of influence in. During the event FRIDA Girl Advisor, Khensani delivered a short talk shared her personal journey into activism and highlighted key findings of the Girl Research.

The Edge Conference held in New Orleans in April was especially a significant space to put care at the center of progressive philanthropy. FRIDA staff members, Ledys Sanjuan and Euge Olmos partnered with Urgent Action Fund-Latin America & Caribbean to introduce a plenary reflection on ‘POLITICS OF CARE’: A transformative practice in social movements and philanthropy. Ledys was subsequently asked to speak on a MobLab Live session - check out the video!

In July, FRIDA participated in a landmark summit in London that brought together leading activists, funders and philanthropists to discuss the intersections between the growing #MeToo movement and philanthropy. FRIDA Co-Executive Directors both spoke during the summit, alongside, activist and philanthropist, Emma Watson, about the pivotal role of movement building and feminist organizing in ending violence against girls and women, as well as the urgent need for many more funders and donors from across the philanthropic sector to trust movement leaders and provide long-term, flexible support to sustain their work. For more info, please see the website, accompanying video and a blog.

At the HRFN meeting, FRIDA participated in a number of panels with different partners including collective self care with Urgent Action Fund and participatory grantmaking with other participatory funders. As part of our goal to centre more activists in funder spaces, Hijas del Rap (FRIDA grantee partner from Mexico) performed and showed human rights donors some of their work with girls in the Yucatan Peninsula in Mexico.

Our words, reflections, thoughts and analysis have value and credibility. Here's what FRIDA community members have been writing and co-writing in the past year:

FRIDA team member Ruby Johnson teamed up with Vanina Serra of MamaCash and Monica Enrıquez of Foundation for a Just Society to write about the practice of combining art and activism—‘artivism’—by feminist activist groups around the world. Read the paper online.

In the same issue, FRIDA Co-Directors Ruby Johnson and Devi Leiper O’Malley co-wrote an aarticle drawing on FRIDA’s experience of young feminist activism and how young feminists are reinventing different institutions based on new cultures of leadership.

Team members, Ruby Johnson and Jovana Djordjevic, unpacked the term participatory grantmaking and why it is important to let go of power, as funders, to truly understand and trust the complex realities of the community we seek to support. Read their co-authored piece.

Former FRIDA staff member, Nevin Öztop, wrote for Whores of Yore, to explain why decriminalising sex work is our only option, urging funders to do more to support the human rights of sex workers and sex workers’ organizing.

FRIDA is also among the many inspiring participatory grantmakers from around the world who contributed to the drafting of Foundation Center’s guide Deciding Together: Shifting Power and Resources Through Participatory Grantmaking.