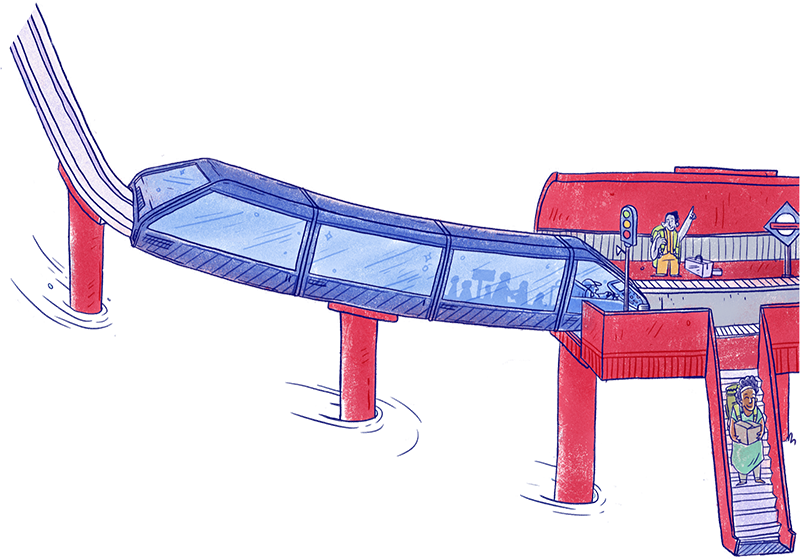 The journey of a grantee partner at FRIDA is one that we value the most, especially as it is so varied and forms its own path as the years go by. From orientation and onboarding, regular/ongoing communications, to capacity development and exchange opportunities that manifests itself in FRIDA’s funding plus model, ongoing learning, monitoring and evaluation to an exit and transition process, this journey encompasses a variety of opportunities and represents complex, multi-layered experience. Typically, FRIDA prioritises young, emerging and newly formed collectives and groups and we aim to support them for a period of 3-5 years. This is a significant time period for a feminist collective to learn, grow and become sustainable and we are committed to creating an exit and transition process that encourages the self-sustainability and continued inclusion of groups in the FRIDA community. A grantee partner remains a part of the FRIDA universe long after it has transitioned out, as we believe that their journeys have been a learning and memorable process for all of us. 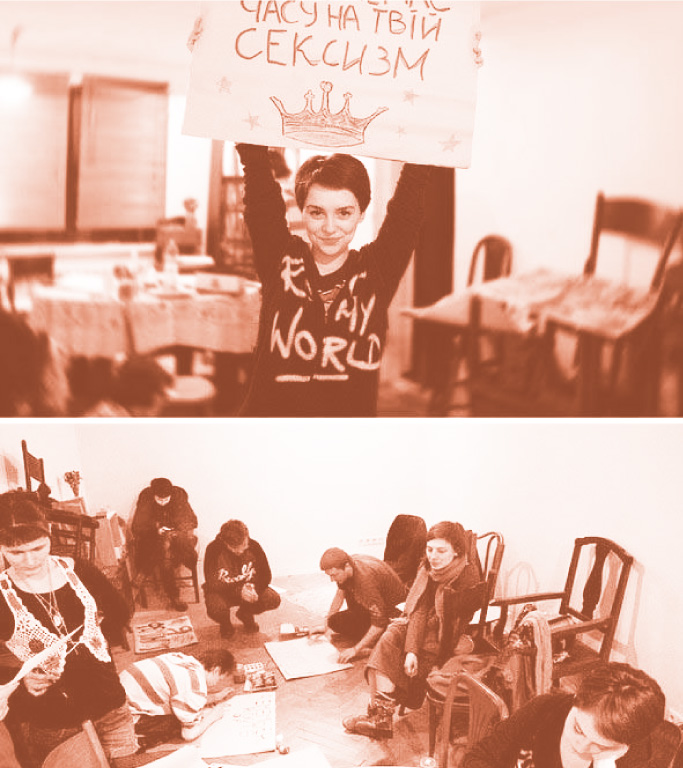 Feminist Workshop, based in Lviv, Ukraine joined FRIDA community in 2014. During the course of their journey with FRIDA, they have grown from an informal group to registered organization, changed their name from ‘Women’s Workshop’ to ‘Feminist Workshop’, and built strong connections with the local community in doing so.

Despite the unstable working conditions and the constant rotation of activists, the organization was able to

“We are truly happy to be partners with FRIDA as she really supported in strengthening local, grassroot feminist networks in our country. We understand how solidarity networks are beingbuilt via collaborative initiatives and regional convenings through FRIDA’s support." 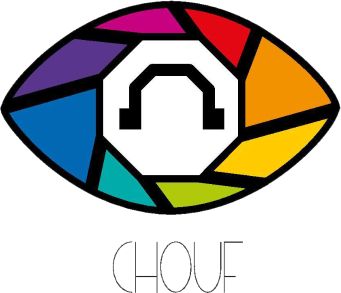 Chouf is an organization based in Tunis, Tunisia that joined FRIDA in 2015. Throughout their journey with FRIDA, Chouf has grown to become one of the most influential women groups in Tunis through their unique approach in using art to advance women and girls rights and more specifically LBT rights. Ever since it started, Chouf kept expanding its activities and has opened several spaces for women, girls and trans* youth and created several learning opportunities and workshops such as self defense classes and gender and sexuality workshops. In 2015, Chouf launched CHOUFTOUHONNA - Tunis International Feminist Art Festival that has become a yearly international event in Tunis, bringing together women, girls and trans artists from all over the world to perform, exhibit and create art. The festival is free and open to everyone to attend. Since 2015, they have been part of numerous partnerships, local and regional, that have contributed in advancing LGBT rights, women’s and girls’ rights as well as individual liberties. In 2018, Chouf collaborated with Fearless Collective to create a mural in downtown Tunis. The mural is a constant reminder of the importance of opening up more feminist spaces to fight patriarchy in men dominated spaces.

Girls United for Human Rights joined FRIDA community in 2014 with the aim to end forced girl marriage. A, girl - led group based in Khyber PakhtunKhwa Province in Pakistan emerged as a result of personal experience and witness of injustice. Started by Hadiqa (founder) when she was 13 years old, the group has now grown into members, with teenage girls between the ages of nine and 18 working together.
For the past five years, group members worked very closely with local communities, particularly with girls, families, religious leaders, local legislators to bring attitudinal change towards early marriage and eliminate this practice. Their work with legislators and civil society members have not only amplified the concerns of girls on a local level, but also across the nation. This advocacy work has also led to increased political will to ensure that national legislation protects girls and young women from forced marriage. FRIDA was the first funder for this newly emerged group and since then, the group has expanded their reach and visibility despite constant pressure and harassment from civil society..
During their grantee partner journey with FRIDA, they have had access to diverse opportunities such as capacity development grant and special grants, and were able to secure additional funding from other donor (With and For Girls Collective). With this, they have represented their work at multiple key strategic events, which also contributed to strengthening their connections with other collectives across the globe. 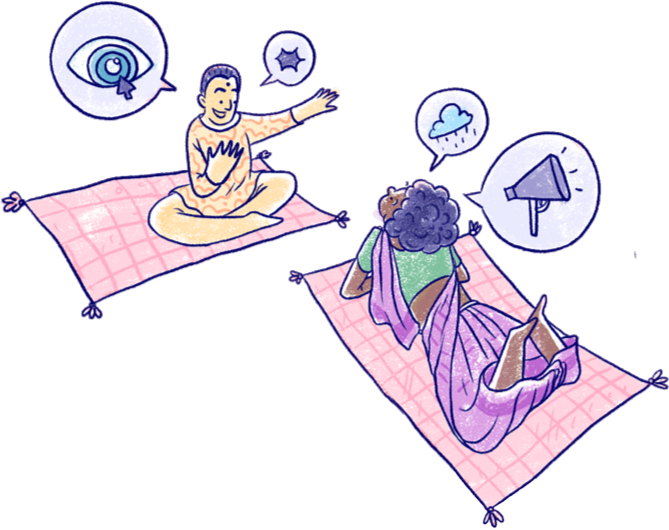 “We are young women who cannot be silenced for long. The momentum is stirring within our bright eyed and hopeful young selves. The future generations of Pakistan are successful at spreading the message of love, not hate. Sons and fathers need to be taught that women are not a source of shame but utilitarian, productive and spirited members of society, wanting to give so much and asking for equality, respect and opportunity in return. That's why we have formed this all girl group” 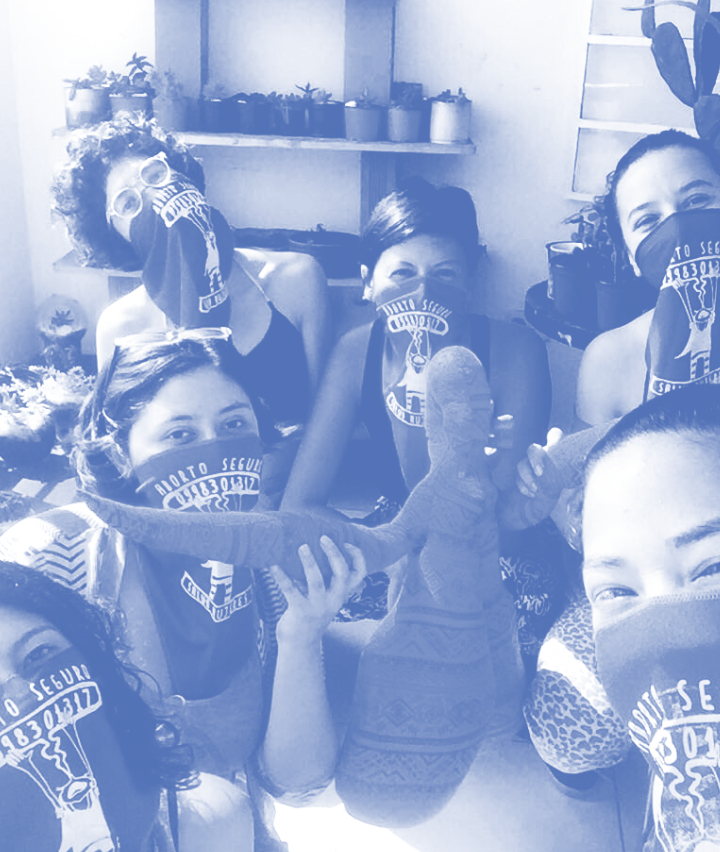 Salud Mujeres was born as a feminist commitment of solidarity among women, to share information and knowledge that is strategic in the exercise of the right to decide, as well as to encourage public debate on the need for safe and legal services for women in the practice of abortions. The work of Salud Mujeres is the result of a long process of self-reflective, analytical and political work. 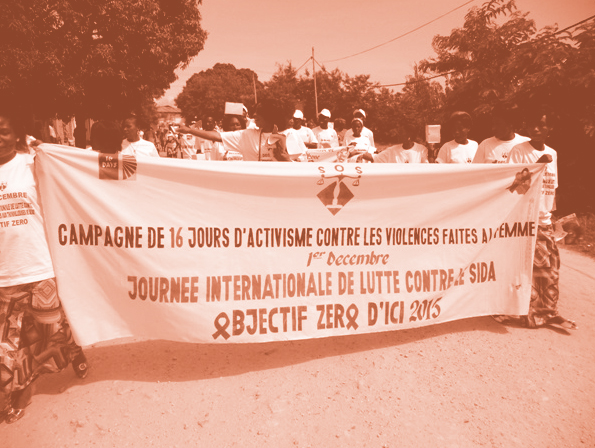 In 2011, a group of young women sex workers decided that they wanted to do something about the cruel and discriminatory treatment of sex workers in their community. SOS Sexualite Pour Tous was born out of this desire, and three years later the group joined the FRIDA community.

“We have influenced important changes in the community through our advocacy actions and awareness raising, though no law has been passed as a legal framework for the protection of sex work. However, a petition was submitted to the South Kivu Provincial Assembly ...The most useful means used by FRIDA to build the capacity of our organization would be the trainings, experience of exchange meetings, granting of capacity development fund, and providing recommendations.”

Feminist Workshop, based in Lviv, Ukraine joined FRIDA community in 2014. During the course of their journey with FRIDA, they have grown from an informal group to registered organization, changed their name from ‘Women’s Workshop’ to ‘Feminist Workshop’, and built strong connections with the local community in doing so.

Despite the unstable working conditions and the constant rotation of activists, the organization was able to support its work continuously for all 5 years, find funding and people ready to work daily. Over the course of years, they have been able to connect with young feminist organizers from other countries and regions through convenings, events, festivals that FRIDA organized or funded. Once a very locally based collective, the young feminist group is now know known across Ukraine and beyond, thanks to the ability to access multiple opportunities of networking and connection building. Their organizational development specifically focussed on collective care and conflict transformation, with support from an ongoing capacity development grant that FRIDA provided continuously. They have also been able to collaborate with other grantee partners based in Ukraine to support survivors of violence and bring their perspectives on current war between Ukraine and Russia, and even co-organize a feminist festival in the region. Currently, Feminist Workshop is part of Accompaniment Program where they work closely with the companion- advisor to ensure their long-term sustainability.

Salud Mujeres was born as a feminis commitment of solidarity among women, to share information and knowledge that is strategic in the exercise of the right to decide, as well as to encourage public debate on the need for safe and legal services for women in the practice of abortions. The work of Salud Mujeres is the result of a long process of self-reflective, analytical and political work. The group provides free information in a timely and safe manner on how to terminate a pregnancy with medication (misoprostol) securely to prevent deaths of young women from unsafe, clandestine abortions, sharing strategic knowledge with other women, allowing them to exercise autonomous decisions and respond to the need for access to safe abortion services in Ecuador. Salud Women has been a FRIDA grantee partner since 2013, and its growth has been evident and inspiring. During this journey of being part of the FRIDA community, they have created a safe abortion information manual (artistically drawn by indigenous designers) in Kichwa lenguage to make this a didactic element of collaborative work. They have taken public space, initiated projects with a popular education approach, collectivized knowledge, been part of national collaborative efforts such as the Sexual and Reproductive Rights Front, from which they have promoted the law for the decriminalization of abortion in cases of violation. They have also been engaged with the Abortion Free Platform in Ecuador, where the idea of creating a law for total decriminalization of abortion is being discussed. They have been part of the Vivas nos Queremos platform in which they have built approaches with young indigenous women as well as women's collectives in one of the provinces of the country, with a majority indigenous population. It has been a journey of several years of hard work and activism since the information line on safe abortion with medicines was launched in Ecuador by this group in June 2008: the first line in America, and one of the first in the world.

In 2011, a group of young women sex workers decided that they wanted to do something about the cruel and discriminatory treatment of sex workers in their community. SOS Sexualite Pour Tous was born out of this desire, and three years later the group joined the FRIDA community. When SOS Sexualite Pour Tous began their journey with FRIDA, they were 90 members strong; every member of the organisation was younger than 30 years old, 5 of whom were trans*youth. They were the only group in their city advocating for sex worker rights, and they had never recieved money from a donor before. By 2018, the group’s membership number almost doubled, and whilst their mission remained the same, they had more resources, connections and experience in their advocacy and as an organisation. The group’s tireless efforts in community awareness raising resulted in them having to deal with backlash in 2016, which gradually started to silence itself out as they witnessed attitudinal shifts, resulting in no backlash and more local partnerships. SOS Sexualite Pour Tous has taken full advantage of the resources and opportunities that have been made available to them throughout their FRIDA journey. Whether it be their involvement in the Accompaniment Program, their Special Grant experience, their contributions to the Strategic Plan when they were part of the West Africa Consultation in Abuja in 2018, or the fact that the group reported to have used the available resources to secure more funds from other donors and create more networks. The group’s strategy of simultaneously advocating for policy change whilst working within the community to change attitudes requires intense dedication and resilience. We look forward to the rest of the journey with this powerful group of inspiring young activists.